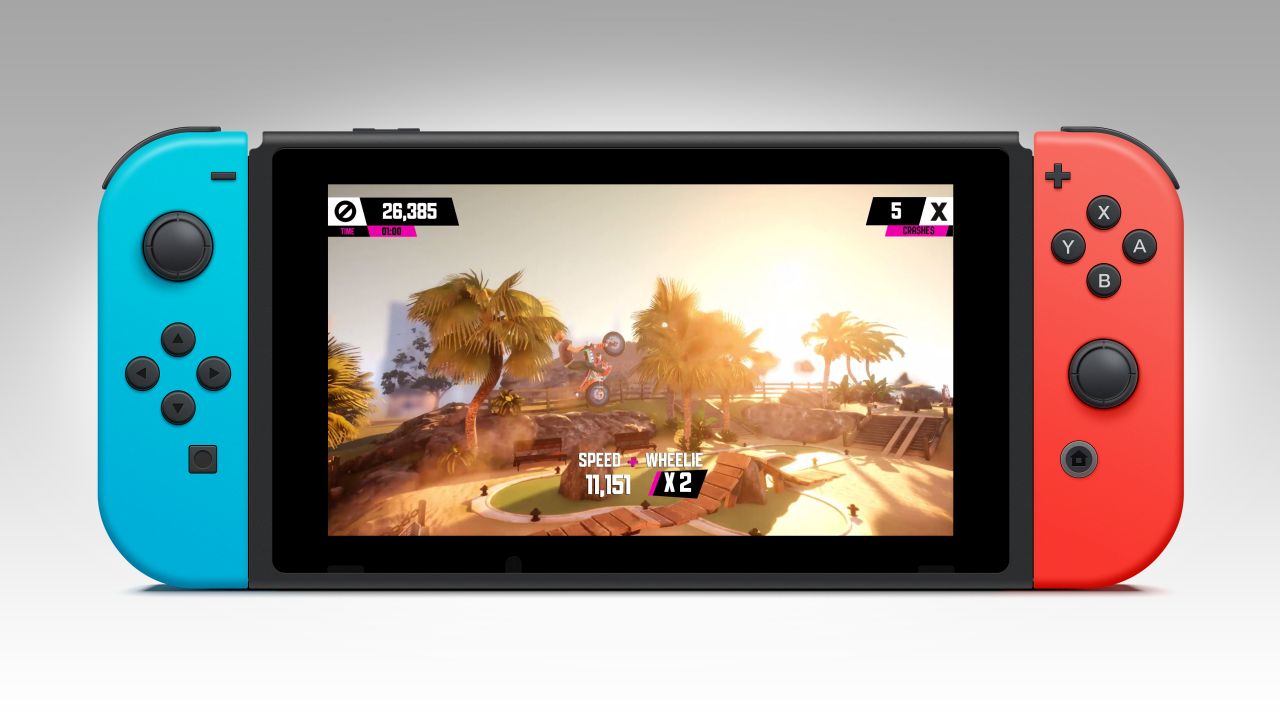 Urban Trial Playground is the stunt bike racing series with action straight from the sunny and colorful beaches of California, mixing in even more crazy tricks, flips and combos than ever before.

UTP will move the action from city streets, straight to sunny California. Players will be able to mix even more crazy tricks, flips & combos than ever before. It’s a game of speed, balance and style! Over 50 levels, several different modes for single player, and even more challenges in couch co-op split screen mode, plus customization option.

A digital version is now available in the Nintendo eShop worldwide. Tate Multimedia also announced physical retail release of the game in Japan, Europe, and Australia coming later on. The publisher will inform shortly about the exact date of the release. Inside the box, players will find exclusive cards with dedicated game arts.